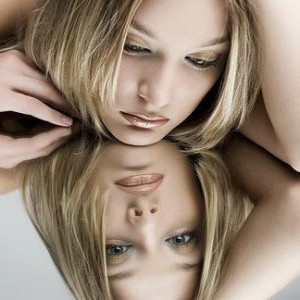 The first ‘trick’ of the Government is the re-definition of certain critical words in each Statute (Act). They (the Government) want you to presume the ordinary meaning of the word so as to trick you into reading and interpreting the Statute in their favour. Here is a summary of some of the Trick Words. Two key words that are re-defined in almost every Statute are the words “person” and “individual”. There are only two “persons” in law, a human being, and everything else:

(For the Who is You reference.. See the fifth ‘trick’ is the use of the word ‘you’ to create joinder between the one who speaks, and the artificial-person)
A natural-person is a legal entity for the human-being.
An artificial-person is a legal entity that is not a human being.
Here are the exact definitions from Barron’s Canadian Law Dictionary, fourth edition (ISBN 0-7641-0616-3):
natural person.

You will observe that the natural-person has the “capacity” (i.e. ability) for rights and duties, but not necessarily the obligation. The artificial-person has rights and duties that may be attached (i.e. assigned) by laws.
Alternative expressions for a “natural-person” are “real-person”, “human-person”, or “human-being”. Since governments have recently become paranoid about the use of the term “natural-person” perhaps it is better to use the terms “human-person” or “human-being” instead. Other terms like “private-person” could be misleading because a “private legal entity” (such as a private corporation versus a public corporation) may be called a private-person, which should not be mistaken with a natural-person, human-person, or human-being. The trick is to get you to believe that “private” means “human”, which is not necessarily true.

The New New Brunswick power corporation is a natural person(2013) , the problem is in the term “person”, the trick is to not be a person (my sister calls me a non-person) and I never admit to being a person, I do admit to being a recognised individual or a couple others things, never ever call yourself a “human” as I know what a “man” is but the word “hu” changes the definition to “monster” and I’m a man , never a ‘hu’-man, this is a great start to seeing the tricks they use when doing law, it is all about the Symantecs, knowing the legal definition of the word is key

The second ‘trick’ of the Government is to use the Interpretation Act to define words that apply to all Statutes, unless re-defined within a particular Statute. Without this knowledge, you could presume the ordinary meaning for the words you are reading, not realizing that they may have been defined by the Interpretation Act. Unless these words have been re-defined in another Statute, the underlying definitions for the two most important words still apply, either from the Interpretation Act, or the Canadian Law Dictionary. Basically, they are defined as follows:
from the Canadian Law Dictionary we find that:
individual means a natural person,
from the Income Tax Act we find the re-definition:
individual means an artificial person.

Here is the interpretation of “means” within statutes:
Basic Form: subject means objects;

Effect:
1. means implies a substitution of words.
2. means creates a new definition for the subject.
3. the subject does not need to be pre-defined.
4. the objects need to be pre-defined.
5. any pre-existing definition of the subject is replaced by the objects.
Example from the Bank Act:
“person” means a natural person, an entity or a personal representative;
Interpretation of the above Example from the Bank Act:
Any pre-existing definition for “person” is substituted with the given objects, so when person is stated in the Bank Act, any or all of the objects are used in place of the word person.
Here is the interpretation of “includes” within statutes:
Basic Form: subject includes players;

Effect:
1. includes implies a one-way attachment of the players to the subject.
2. includes does not create a new definition for the subject.
3. the subject needs to be pre-defined.
4. the players need to be pre-defined.
5. any pre-existing definition of subject is still effective.
6. any player can play the role of, or act as a replacement for, the subject.
7. a subject may not play the role of, or act as a replacement for, any player.
8. includes implies attachment for role-playing – the players may play the subject’s role in the Act but not vice versa.
Example from the Income Tax Act:
“employee” includes officer;
“corporation” includes an incorporated company;
“insurance policy” includes a life insurance policy;
“taxpayer” includes any person whether or not liable to pay tax;
“person”, or any word or expression descriptive of a person, includes any corporation, and any entity exempt, because of subsection 149(1), from tax under Part I on all or part of the entity’s taxable income and the heirs, executors, liquidators of a succession, administrators or other legal representatives of such a person, according to the law of that part of Canada to which the context extends;
Interpretation of the above Examples from the Income Tax Act:
An officer may play the role of an employee, but not vice versa. For example, any employee (pre-defined – may be a waitress) may not play the role of a Judicial Office (an officer). Within the Income Tax Act, both employee and officer are pre-defined by the use of the verb means.

A corporation (including an incorporated company) may act as a person, but not vice versa. For example, any person (e.g. an individual, or a natural person) may not act as a corporation.
Here is the interpretation of “means and includes” within statutes:
Basic Form: subject means objects, and includes players;

To be succinct, the two relevant meanings of interest, in this ‘trick’, may be summarized by the following simple definition:
to be, means ‘to have the essence of, to exist or live’ (in the sense of essence), or ‘to occupy a place or position’ (in the sense of location or position).
By the way, the noun ‘essence’ requires the helper verb ‘to have’. Be careful with ‘exist’ because an artificial person can ‘exist’ on a piece of paper somewhere in a file, but an artifical person cannot exist as ‘living’.

The conclusion, in respect of the Fourth Trick, is to be careful when reading the word “is” and check for ‘essence’ or ‘location’. What you think you read may not be in fact what you really read.

You can very quickly get clarification by asking: “When you say is, do you mean occupies a position, or do you mean has the essence of (lives as)?” With this question you will immediately expose any ‘trick’ which is being utilized.

The fifth ‘trick’ is the use of the word ‘you’ to create joinder between the one who speaks, and the artificial-person.

Download the PDF document Who is You? for additional insight.

“Whereas it is essential, if man is not to be compelled to have recourse, as a last resort, to rebellion against tyranny and oppression, that human rights should be protected by the rule of law,”
(Preamble – Universal Declaration of Human Rights)