[dropcap] W [/dropcap] we’re constantly told that everything in our life needs balance – play vs. work, exercising vs. relaxing, veggies vs. chocolate and so on. But how important is that balance? As much as we’d all love to indulge in one thing more than another – usually something that’s more pleasurable and doesn’t require much effort – that sadly isn’t the way life works, and indeed it’s also not the way our body works.

It all comes down to one thing – balance. Traditional Chinese Medicine (TCM) practitioners believe that our body is created with two opposing sides – the Yin and the Yang or rather, the cold and the hot. When both sides are balanced, your body is a happy mix of energy. If that balance is out of whack, your body will be off track.

Where does the balance come from?

It’s thought that food makes the man, and in this case it could be true. Food gives us more than a wonderful culinary experience; it also provides our bodies with the strength to heal and to correct the balance of Yin and Yang. An imbalance in Yin and Yang energies creates a number of problems, including pain, insomnia, tumors, blood loss and a whole host of irritating and often frustrating ailments.

Seasonal Diet
Chinese medicine developed in a society that was largely agricultural, and in a region of the world that experiences pronounced seasonal changes. Chinese medicine theory follows Taoist thought in believing that the closer we stay to the rhythms and cycles of nature, the healthier and more balanced we will be. Even though the inhabitants of industrialized countries have distanced themselves from nature in many ways, it is a mistake to think that natural cycles have ceased to be important. The effect of millions of years of evolving within nature cannot be erased in a few decades.

But with the right foods (either rich in cooling or heating elements) this imbalance can be corrected preventing illness, lessening pain and giving you a much longer, healthier life. Now, when we’re talking about Yin and Yang foods (or cold and hot foods), it’s not about the temperature of the food, but rather the effect the food has on the body.

Cold foods provide less energy, and help to balance the hot foods. Hot foods, on the other hand, are high in calories and energy and can be used to treat general weakness using soups, bone broths and cooked root vegetables.

Interestingly, the Asian concept of Yin/Yang correlates with the Western Medicine’s into  Immune System Cellular and Humoural helper cells where Th1 (yin) and Th2 (Yang).  Th2 dominance is typically linked with Old Age and Cancer and Th1 dominance with Auto Immune Dis-eases.

This diagram, resembling the oriental symbol for yin and yang, represents microenvironmental factors that stimulate T-cells to express either T-helper 1(Th1) or T-helper 2 (Th2) cytokines which are associated with “cellular” and “humoral” immunity, respectively. Other allignments of cytokines may contribute to cross-regulation of immune responses associated with parenteral or mucosal immunization. The cytokines IL-12 and TGF beta 1 are predominant influences in “peripheral” and “mucosal” lymphatic tissues. Thus vectorial expression of these cytokines affect T cells and B cells in such a way that proliferating B cells become committed to secrete “peripheral” IgG or “mucosal” IgA, respectively. Recent data also suggest that heterogeneity among dendritic cell populations may effect the balance of Th1/Th2 immunity. The complexity of this Yin Yang concept has increased as new information which added the dichotomy between inflammation and immunity to existing dichotomies of cellular vs humoral and peripheral vs mucosal immunity (this image). And, for the Inflammation vs Immunity dichotomy

How do you balance everything?

When you’re suffering and shivering in cold conditions, you’ll probably be more likely to eat foods that are warm in flavor (and temperature) – think of all those wonderful soupy dishes you crave on a cold day. You’re also more likely to avoid cold and raw foods.

So just what will warm you up?

Anything with a spice like nutmeg, cayenne, mustard, peppers, ginger, curry and black peppers are considered hot. Warmer foods are coffee, chicken, cuttlefish, garlic, green onions, guava, organ meats, rosemary, seeds and nuts, and of course, wine. In hot climates, such as in Singapore or during the Shanghai summer, you are likely to want cooler foods to ward off anxiety, hemorrhoids, fever, and even insomnia.

Head towards foods like bamboo shoots, clams, crabs, grapefruit, kelp, watermelons, most green leafy vegetables,  pears, and generally most fruits, to keep cool when things heat up. There are neutral foods too, that you can eat in any condition and any climate. Just add healthy doses of apricots, beets, black fungus, Chinese cabbage, carp, chicken eggs, corn, figs, lotus and papayas to your diet to keep things varied and interesting.

The Tao of Forgotten Foods
While the Tao of Balanced Diet considers foods we like to eat, that look good and taste good, the Tao of Forgotten Foods survives to this day as the practice of Herbal Medicine. In this practice those parts of the plant, animal and even minerals, that we don’t normally eat, are considered for their healing and restorative properties. The bark, roots, leaves, twigs of many plants and trees, animal and reptile parts and even certain rocks and resins have all been shown to have medicinal properties. In the Chinese Materia Medica there are over 10,000 entries.

In the Taoist way, there is no clear cut distinction between what is considered food and what is considered medicine. Literally everything we put in our mouth affects the body in some way. In Taoist practice quite literally, ‘you are what you eat.’ Besides taste, nutritive value and medicinal property, Taoists assign relative strengths to foods.

Eating ‘strong foods’ such as what comes from a tree or an animal known for its strength will pass on that Qi. Eating foods from a weak plant or animal will pass on weak Qi. As in all things Taoist, it is important to have a balance to these kinds of foods. Herbal or ‘Forgotten Foods’, when they are prepared properly, can last indefinitely. Unlike the temporariness of regular food, herbal food contributes to longevity. As well, germs and parasites are not nourished by Forgotten Foods and will flee a body rich in that Qi.

Knowing Your Yin/Yang Body Type
In Chinese medicine, it is believed that each person is categorized into different body types.  Your body’s metabolism and organ functions will determine how it reacts with the environment. 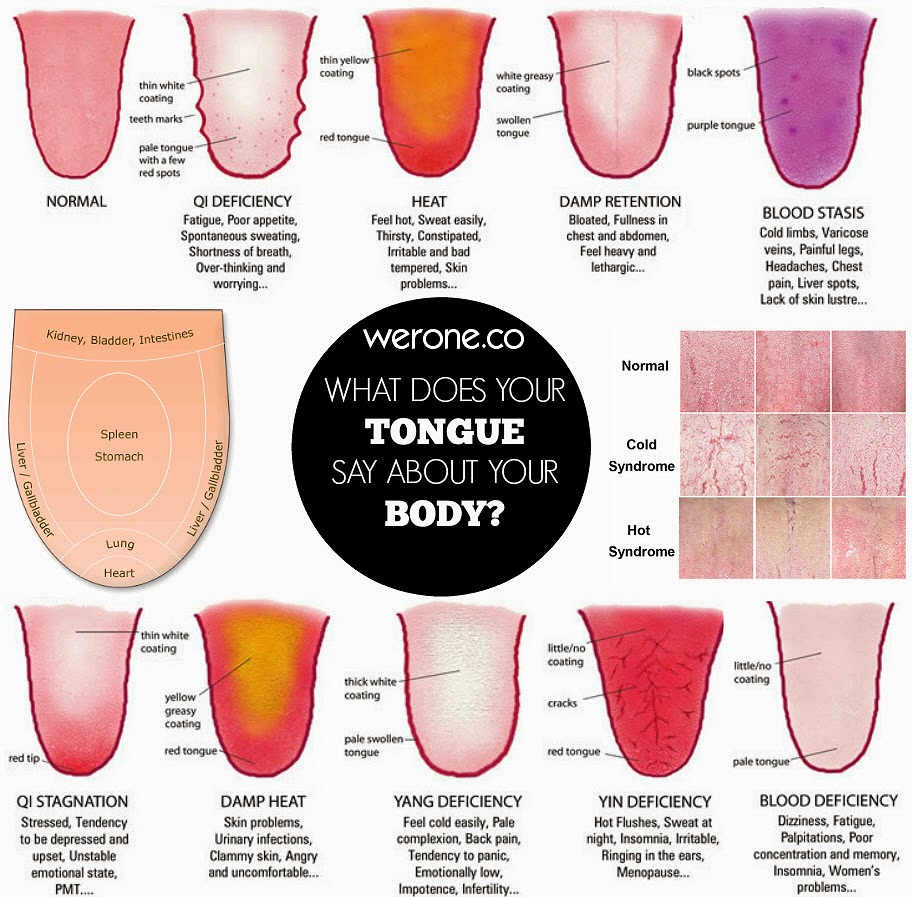 With all of this information, you should know one size doesn’t fit all. Some people can be a mix of a few different types not fit neatly into a category. When you’re planning your diet, consider talking to a TCM practitioner for their best advice, so you’ll be able to get the right balance for your health.

The Liver, although one of the Yin Organs, has a Yang energy to it because it is constantly moving energy, particularly the energy of emotions. The Liver allows you to move on from one emotion to another.

Conversely, dysfunction of an Organ can result in the manifesting of its corresponding emotion. Cause and effect can happen in either direction (see this blog post on this phenomenon). This means that you can treat the Organ by lessening the emotion, but it also means that you can treat the emotional issue by treating the Organ.
Back to the Liver: main causes of Liver Qi Stagnation are: stress, inability to express yourself (e.g. under oppression), frustration. Without an outlet, a pent-up explosion of anger will occur. Constant sighing is a sign of Liver frustration (i.e. anger).

SUGAR and COLD food! Avoid excessive intake of juice, soda, and even fruit. No mint (too cold). We are looking for complex carbohydrates that slowly release Qi throughout the day. Fruit is very cooling and contains fructose, a simple carbohydrate that digests quickly and will not be as beneficial for Qi deficiency. Focus on sweet potato, high quality organic protein, nuts, beans, and seeds. Meals should be freshly cooked and very warming.

Yin Deficiency
Yin represents the energy that is responsible for moistening and cooling bodily functions. When this energy is depleted your body begins to show signs of “heating up” with sudden flash sweating. This is not a true heat but rather a lack of the moistening and cooling functions that are necessary to maintain a healthy balance. Foods to tonify Yin include would be from the warming side of the above scale.

It is important to ensure that stimulating foods are not being consumed, as these will only further depleate yin. Caffeine, alcohol, sugar and strong heating/ pungent spices all belong in this category. Note. Yin building foods like yin tonifing herbs have a tendency to be congest the spleen and promote stagnation if large amounts are consumed.

It is therefore important to consume small quantities frequently rather than large helpings irregularly.