Skip to content
[dropcap] T [/dropcap] The protein myth is just one example of conditioning which the mainstream would have us believe. Research studies done by some of the world’s top universities have proven, over and over again, that meat protein is toxic to us when it is absorbed through our intestinal walls. This creates acidosis; affects an immune response; and invites parasites. The following list will give you some basic reasons to avoid meat and high protein diets. 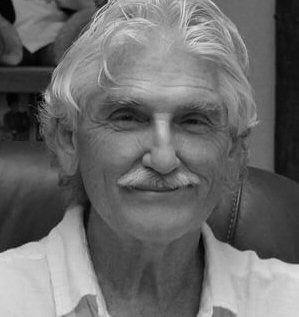 A protein structure is not useable by the body, as such, and must be broken down into its simplest compounds, called amino acids; this is before the body can use it at all.

Many acids are created during the digestion and metabolizing of proteins, including uric (gout), phosphoric, and sulfuric acids. These acids are irritating and inflammatory to tissues. They also stimulate nerve responses leading to hyperactivity of tissues.

Protein is a nitrogen compound, high in phosphorous, which when consumed in large amounts, will deplete calcium and other electrolytes from the body.

Proteins are highly acid-forming, lowering the pH balance of the body. This causes inflammation and tissue weakness, leading to tissue death.

Proteins are not used as fuel by the body; they are building blocks and carriers. When proteins are broken down by digestion into amino acids, their main function becomes growth and repair of tissue. Simple sugars are the main fuels for the body besides oxygen. When we try to lose weight by burning proteins for fuel, this causes fat breakdown. However, it also causes tissue breakdown! We can destroy liver, pancreatic, and kidney tissues by burning our building blocks instead of proper fuels.

In people that have adrenal weakness, high protein diets cause the liver to create large amounts of cholesterol, which then begin to plaque throughout the body, especially through the vascular system, liver and kidneys! Stone formation also begins to take place in the liver and gallbladder.

Animal proteins putrefy in the body causing body odor. This putrefaction causes a cesspool of toxins to build up in the intestines and the tissues of the body, both interstitially and intracellularly. This not only creates a base for parasites to grow, but the acidity creates inflammation, which blocks cellular respiration, eventually causing cellular death.

In my opinion, high protein diets kill thousands of people directly each year, and thousands indirectly.

High protein consumption does not fit our species, nor is it physiologically sound.

Animal farming, as a food source, has devastated man economically, financially, environmentally and spiritually. We are destroying our forests and green land to create pastures. This is destroying our planet in many ways including: our vital oxygen, heat protection, beauty, erosion protection, limiting our fruit and vegetable farming, toxic by-products of animals, robbing topsoil and oxygen levels from grain farming, and losing wild animal habitats. etc., etc., etc. We waste thousands of acres of land just to raise the tons of grain needed to feed cattle and other animals.

Meat has been proven to cause intestinal cancer. It is suspected in liver and pancreatic cancers, as well. The cesspool of putrefaction that builds up in the lymphatic system is possibly the starting cause of lymphomas.

Meat-eating societies have a much shorter life span. A good example of this is the Eskimos, where their average life span is approximately 50 years or so.

Vegetarian societies are more peaceful and loving. The Essene’s were a very loving, peaceful and spiritual-minded people, while your Vikings were warring and violent.

Meat is nothing more than dead or dying cells, living in their own cesspool of stagnant, putrefying blood. And man calls this good nutrition

Today’s animal meat is full of growth hormones, antibiotics, pesticides, herbicides, nuclear wastes, high levels of adrenaline, and other toxic chemicals from air and ground pollution. All of these compounds are considered carcinogenic or cancer-causing. We find more cancer in the cows, pigs and chickens today, than ever before. And man eats this!

We have also lost our integrity and sense of decency. Many farmers and ranchers are now grinding up their sick and dying cows, pigs and chickens and mixing this “dead” often “diseased” meat into their regular animal feed. This leads to “Mad Cow” and “Hoof and Mouth” disease. We see this now, especially in Europe where they have been feeding dead sheep meat to living cows. Cows are vegetarians; and hogs are not true meat eaters, either. This eventually leads to acidosis and disease within these animals, just as it does within us.

Meat is full of dead blood cells (hemoglobin), which are full of iron.
However, iron is a mineral, which if consumed in abundance, can become toxic, especially oxidized iron (not plant iron). Iron toxicity creates a multitude of reactions within the body, including:

B. Lowers calcium and calcium absorption and utilization

Red meat eating is linked to the increase of N-Nitroso compounds from intestinal bacteria, which can be cancer-causing to the intestinal walls.

Meat eating is known to be one of the chief and most direct causes of tooth decay.

These are just a few examples of why high protein diets are destroying the human race. Wake up and enjoy life without animal products. Your body will love you for it, as it becomes odor-free and vibrant! Love your planet and its animals, too.