Most alpha-lipoic acid supplements include equal amounts of the (R) and (S) forms. However, only RALA is found naturally in the body. RALA is a unique cofactor in energy production and helps regulate glucose and lipid metabolism. RALA promotes the synthesis of glutathione and the induction of Phase II liver detoxification enzymes.

Most alpha-lipoic acid supplements include equal amounts of the (R) and (S) forms. However, only RALA is found naturally in the body. RALA is a unique cofactor in energy production and helps regulate glucose and lipid metabolism. RALA promotes the synthesis of glutathione and the induction of Phase II liver detoxification enzymes.

What is Alpha R-Lipoic Acid and how does it differ from other forms of Lipoic Acid?

What does Alpha R-Lipoic Acid do?

Alpha R-Lipoic Acid does everything an antioxidant should do – and more!

In Addition, R -Alpha Lipoic Acid protects the liver for a variety of reasons: 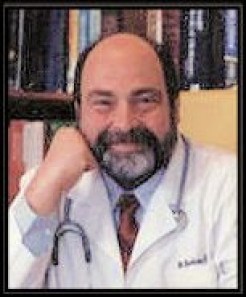 This is how Dr Berkson explained it in his talk:

Cancer cells use the  Warburg Effect, preferentially metabolizing carbon via anaerobic pathways that produce lactic acid.  Although this pathway is inefficient, it shunts much needed carbons into building materials for rapid cell replication. Left image courtesy of Burton Berkson MD.

Normal cells use the PDC Pyruvate Dehydrogenase enzyme to direct pyruvate (carbon) into the more efficient mitochondrial electron transport chain, producing large amounts of energy per carbon atom.  Operating this electron transport chain produces damaging oxidative byproducts called ROS reactive oxygen species.  This is no problem for the normal cell which has anti-oxidant protection.  The cancer cell, on the other hand, has little protection from this oxidative onslaught, making the cancer cell susceptible to oxidative therapies such as alpha lipoic acid. (source)

As mentioned above, the central metabolic feature of the cancer cell is the inhibition of the PDC which blocks entry of carbon into the electron transport chain.  If we could find some way to force the Cancer Cell to use the mitochondrial electron transport chain, this would overwhelm the mitochondria which would then “burn up”  and trigger apoptosis, i.e. programmed cell death.  This is exactly what alpha lipoic acid does at the molecular level.

R-Alpha Lipoic Acid is also emerging as a powerful antioxidant that can improve mitochondrial function, and aid in supporting and maintaining eye, brain and cardiovascular health – which are all key components to healthy aging.

Supplementation is recommended and can produce profound therapeutic benefits.

Caution on Amalgam Fillings: As a precaution, Alpha Lipoic Acid should not be used if you have amalgam dental fillings due to it’s strong mercury chelation abilities. Also be careful about rushing to have them removed if you are not in good health, this can be quite hazardous. Please seek professional advice on this if contemplating amalgam removal. Additionally if you have had them removed, wait up to 1 week before using Alpha Lipoic Acid.

Suggested Usage: Take 1-2 capsules a day with food or as directed by your health professional..