[dropcap] B [/dropcap] berkeley researchers at University of California have discovered how folate deficiency leads to DNA damage, emphasising the dietary importance of this B vitamin in reducing the risk of heart disease, cancer and even brain damage.

The study also showed that for people deficient in folate , supplementing the diet with folate can reduce DNA damage.

Folic acid (synthetic) or the better form ‘folate’ is found in abundance in leafy green vegetables and fruit — orange juice is a good source — and has long been recognised as an essential micronutrient in the diet. Despite this, 10 percent of the population and an estimated 50 percent of some low-income minority populations have a folate  deficiency. Folate  deficiency has been linked in various studies to an increased risk of heart disease, cancer and various types of brain dysfunction. In addition, pregnant women are urged to take folate supplements to reduce the risk of neural tube defects such as spina bifida.

Until now, however, how folate deficiency causes such problems has been poorly understood, what we do know from recent research by Dr Bruce Ames is that:

The first clue was the discovery of a link between folate  deficiency and breaks in chromosomes made by James T. MacGregor of SRI’s Toxicology Laboratory in Menlo Park, Calif. How low levels of folate cause chromosome breaks was not known, however, though the UC Berkeley group suspected it had something to do with the way DNA is made and repaired.

Could this be a possible cause of Cancer hidden in an seemingly simple nutrient deficiency?  Chromosone damage is the basis Dr Peter Duesberg team and their aneuploidy theory of cancer ie the duplication or loss of one or more of the 46 chromosones, covered in our article here.

Folate deficiency has been implicated in the development of several cancers, including cancer of the colorectum, breast, ovary, pancreas, brain, lung and cervix.

“We’ve now worked out the mechanism by which this happens,” said Dr Bruce N. Ames, professor of biochemistry and molecular biology at the University of California at Berkeley.

You can supplement your intake of Folate with ourMethylfolate / B12 which is a natural and easily bio-available form which also includes Vitamin B12.

How does Folate Deficiency Result in DNA Breaks?

Researchers have shown that in folate deficiency synthesis of the DNA base thymine from its precursor, uracil, is inhibited, causing Uracil to accumulate in the cell.  Ames and his team suspected that such conditions make cells misincorporate uracil into their DNA in place of thymine, and that in removing uracil from DNA the cells’ built-in repair system sometimes creates breaks in both the DNA and chromosomes.  Such breaks could lead to cancer and various other diseases.

To test this hypothesis, Dr Ames and his colleagues Ben Blount, then a graduate student and now at the Centers for Disease Control and Prevention in Atlanta; and Matthew M. Mack, a postdoctoral researcher at UC Berkeley, developed a way to detect uracil misincorporation into DNA.

Their study, reported in the April 1 issue of the Proceedings of the National Academy of Sciences, confirmed the hypothesis. In a group of human volunteers with folate deficiency they found massive incorporation of uracil into DNA and subsequent chromosome breaks.

Supplementation of these subjects with folate significantly decreased the high levels of uracil in their DNA and reduced the levels of chromosome breaks, “suggesting that in folate-deficient people increased folate intake may decrease the risk of many types of cancer.”

“The levels of uracil in the DNA of folate-deficient people are extremely high, on the order of 4 million uracils per cell,” Mack said. “This is greater than most estimates of lesions thought to result from oxidative damage to DNA, suggesting that the consumption of both folate  and antioxidants in the diet are important to prevent DNA damage.”

“We have shown conclusively that uracil in DNA and chromosome breaks are linked, and furthermore, that both can be reversed by giving folate  in the diet,” Ames added.

While the recommended daily allowance (RDA) of folate  is around 200 micrograms per person, Ames thinks this level is too low, based on this and other studies.

“We suspect that we should be consuming higher amounts, because at blood levels of folate expected by consuming the RDA we can see chromosome breaks,” he said.

He noted that the federal government reduced the RDA for folate  from 400 to 200 micrograms per day because they felt that too much would mask symptoms of vitamin B12 deficiency, which if left untreated can lead to irreversible peripheral nerve damage.

Dr Ames pointed out, however, that B12 is abundant in meat, so that B12 deficiency is uncommon outside the elderly and vegetarians. Certainly consumption of both B12 and folate should be considered important, he said.

DNA damage is detrimental to cells that grow and divide. In the brain, cells called glial cells may also be susceptible to the DNA damaging effects of folate  deficiency.

“We think brain damage could be caused by chromosome breaks,” Dr Ames said. “B12 deficiency, which also appears to cause uracil misincorporation into DNA, seems to knock out glial cells surrounding nerves in the periphery, for example.”

Dr Ames continues to be involved in studies of the health effects of folate deficiency. In a recent study, preliminary results by his group and Lynn Wallock and Robert Jacob of the USDA Western Regional Nutrition Center suggest that men consuming low levels of folate have decreased sperm count and density.

Coauthors of the PNAS paper include James MacGregor of SRI International and Robert A. Hiatt of the Kaiser Permanente Medical Care Program in Oakland, Calif. The research was supported by the National Cancer Institute and the National Institute of Environmental Health Sciences.

Clinical References:
Deficiencies of the vitamins B12, B6, C, E, folate, or niacin, or of iron or zinc mimic radiation in damaging DNA by causing single- and double-strand breaks, oxidative lesions, or both:  http://www.ncbi.nlm.nih.gov/pubmed/10668486

Meet Your Saviour, The SUN Of GOD The Benefits Of Intermittent Fasting For Cancer 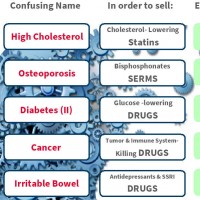 Disease Names Designed To Mislead But Ultimately To Sell Drugs. 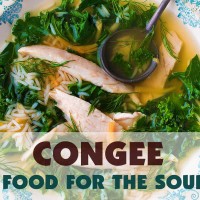 Congee – Food For The Soul What Does Your Tongue Say About Your Health? Liver Disorders: The Causes And The Solutions By Dr John Bergman YOU Are The Placebo! – Dr Joe Dispenza